Tennis legend, Serena Williams drops hints that her tennis career might not be over

Tennis legend, Serena Williams, has dropped hints that her tennis career might not be over during her appearance on Tuesday’s episode of The Tonight Show Starring Jimmy Fallon on NBC.

The 40-year-old winner of 23 Grand Slam tournaments was asked by Jimmy, 47, about her future after stepping away following her loss in the US Open. 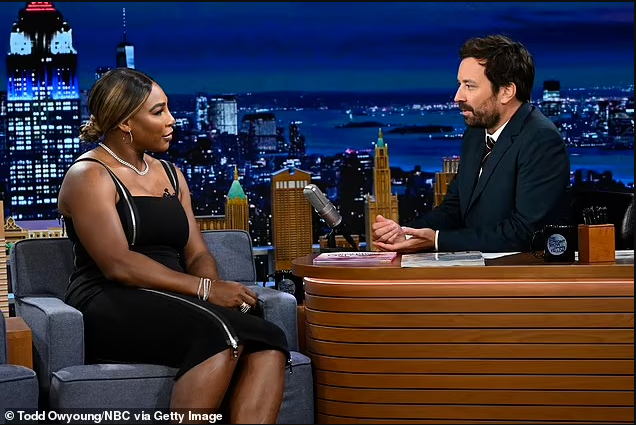 Jimmy asked if there was a chance of her pulling a ‘Tom Brady’ and maybe coming back, referencing the legendary NFL quarterback who returned to the Tampa Bay Buccaneers this season after announcing his retirement earlier this year.

Serena earlier spoke about leaving the game as a personal ‘evolution’.

‘I always feel like I feel retirement is something that’s super earned and that people work really hard for and maybe I haven’t,’ Serena said. ‘I just feel like I’m at an age where I definitely feel I have a lot more to give and there’s a lot more that I want to do. So I’m not going to be relaxing. There is so much more for me. I feel it’s more of an evolution of Serena.’ 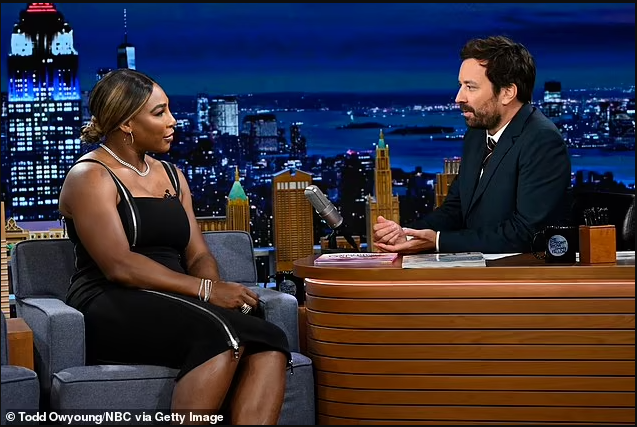 ‘There are so many things that I’ve been wanting to do for so many years,’ Serena added. ‘I have had such a passion for tennis for so long that I have never done it. Now it’s time for me to start to enjoy those things.’

Jimmy told her she should enjoy it.

Jimmy asked her when she knew about her decision to put down her racket.

‘In the beginning, I literally couldn’t tell anyone,’ Serena said. ‘Verbalizing it meant that it was real and I’m like I don’t want it to be real.’

Serena revealed that she only told her therapist about her decision.

‘I don’t think you really know until, I don’t know, until you say it,’ Serena said.

Serena said she was shocked by her reaction when her story came out in Vogue. 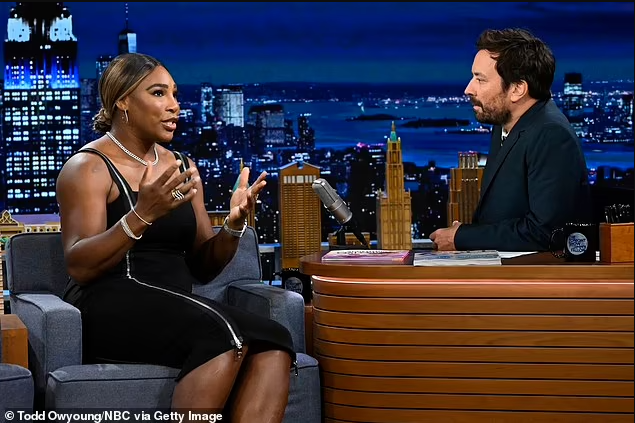 ‘The whole time, I was stressed out, I thought I was going to be really miserable and scared with this whole article coming out,’ Serena said. ‘You have to think I have been playing tennis since I was literally in a stroller. There is a picture of Venus pushing me in a stroller.’

‘For me to suddenly have to be done it was like well this is a big thing,’ Serena said. ‘When it came out, I was actually relieved. I didn’t expect to feel that way but I felt good.’

‘I should have done it 10 years ago,’ Serena joked.

Jimmy said that he read that she was not good at saying goodbye.

‘I always thought that at the end of it, I would just leave quietly and not say anything and just make an announcement on social media,’ Serena said.

Jimmy asked when he saw her at Wimbledon if she had already made up her mind.

‘Yeah, I did,’ Serena said. ‘I was heavy. I was heavy for months. I don’t know if you knew my energy but I was just so heavy, and I just wasn’t even rocking out the way I wanted to rock out.’

Serena said she planned to focus on her Serena Ventures investing business.

‘Giving everyone an opportunity,’ Serena said. ‘Really just investing in founders. That’s the mission that we started and we are keeping it up.’